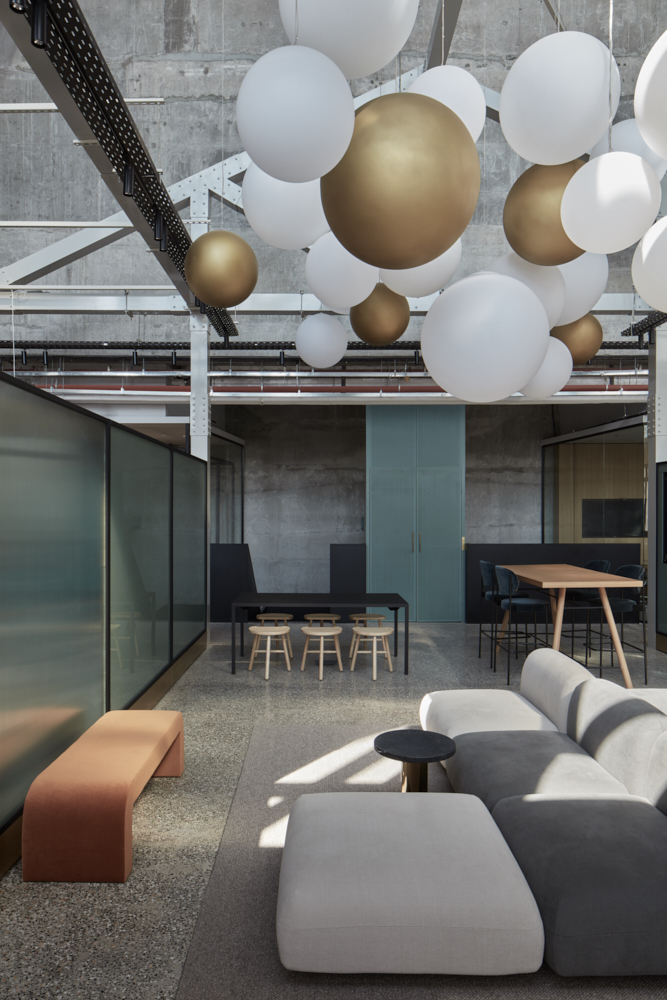 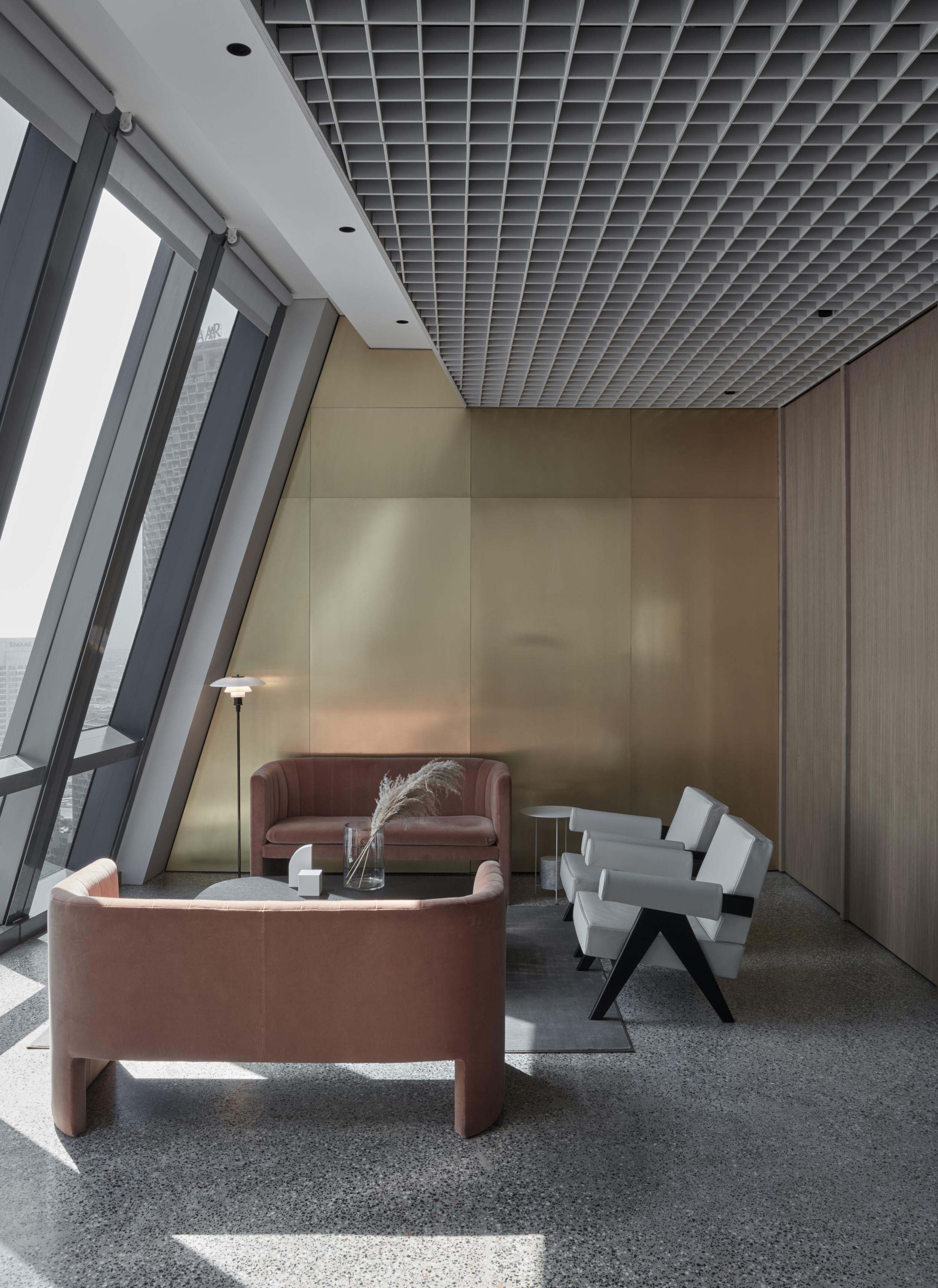 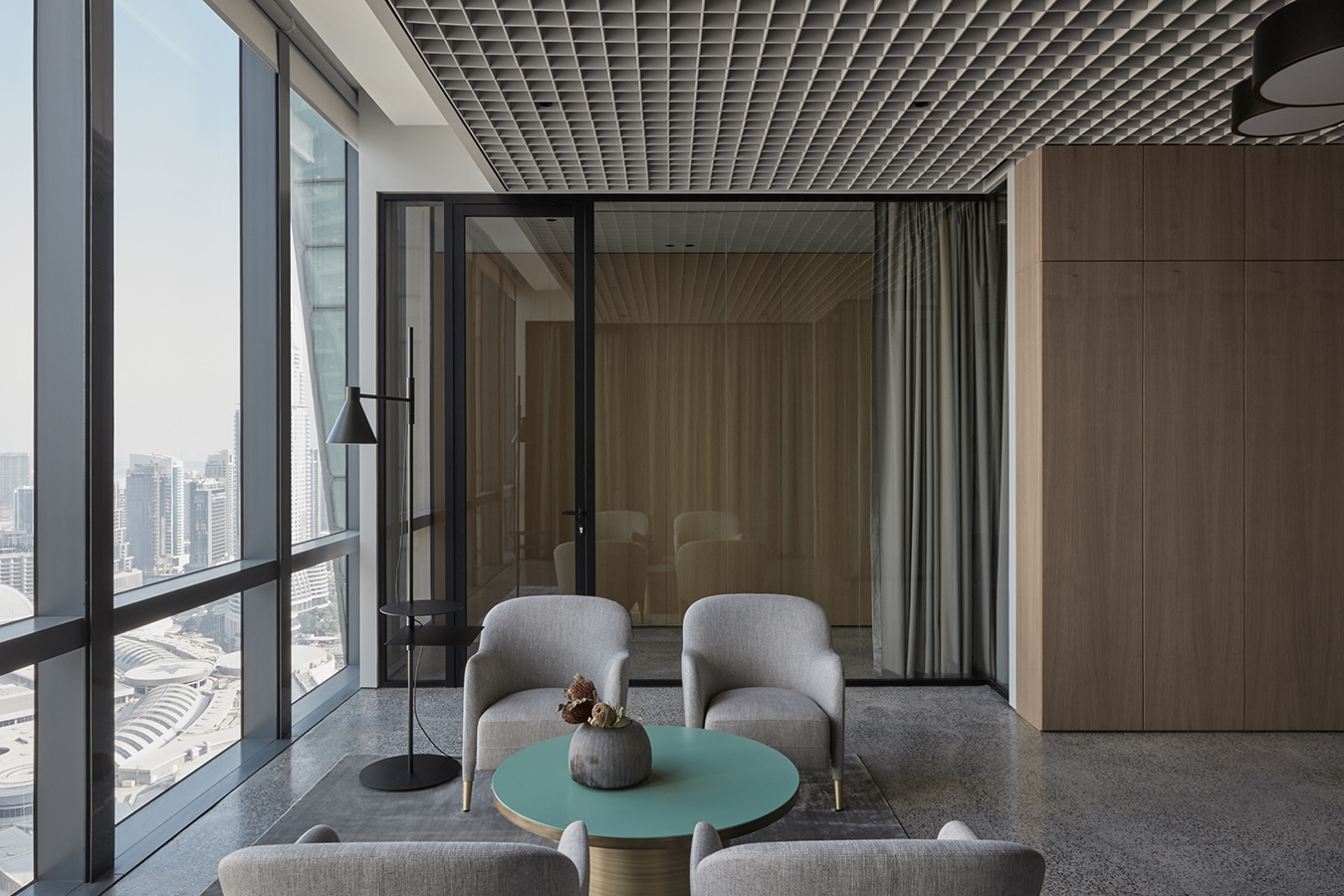 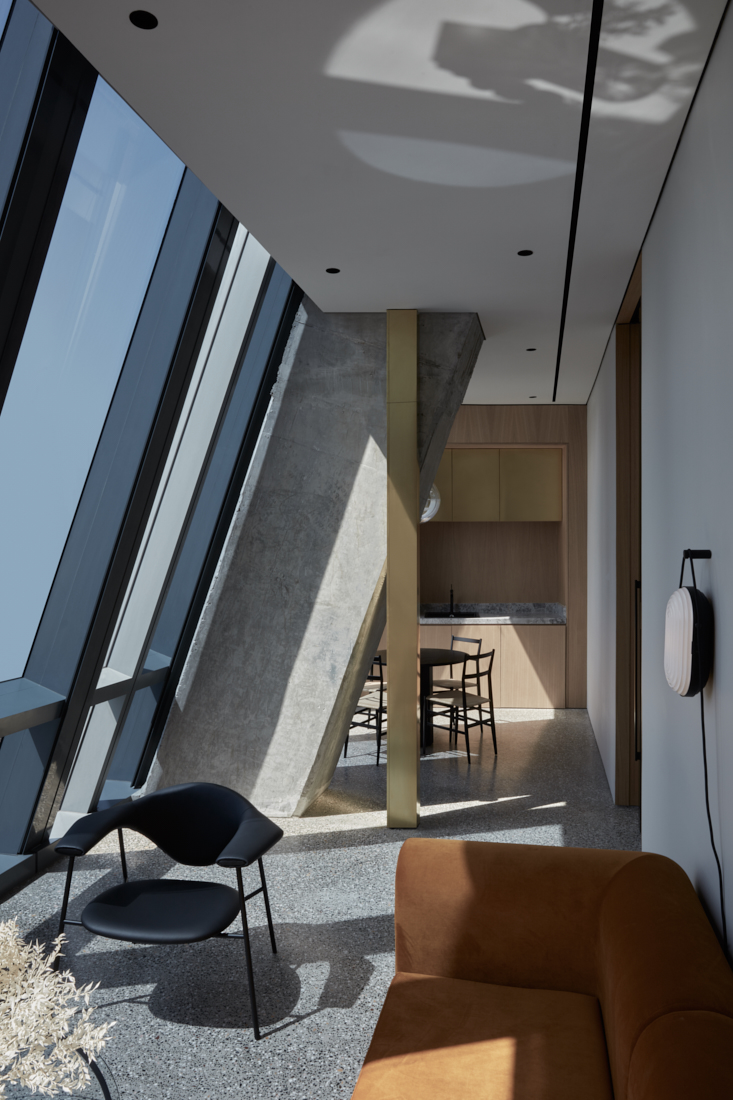 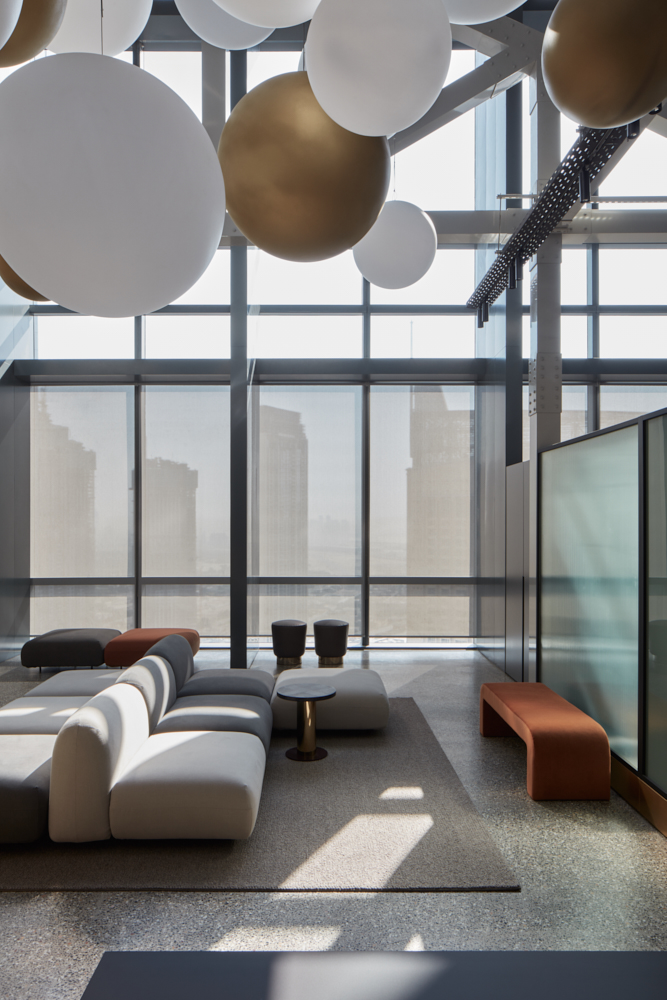 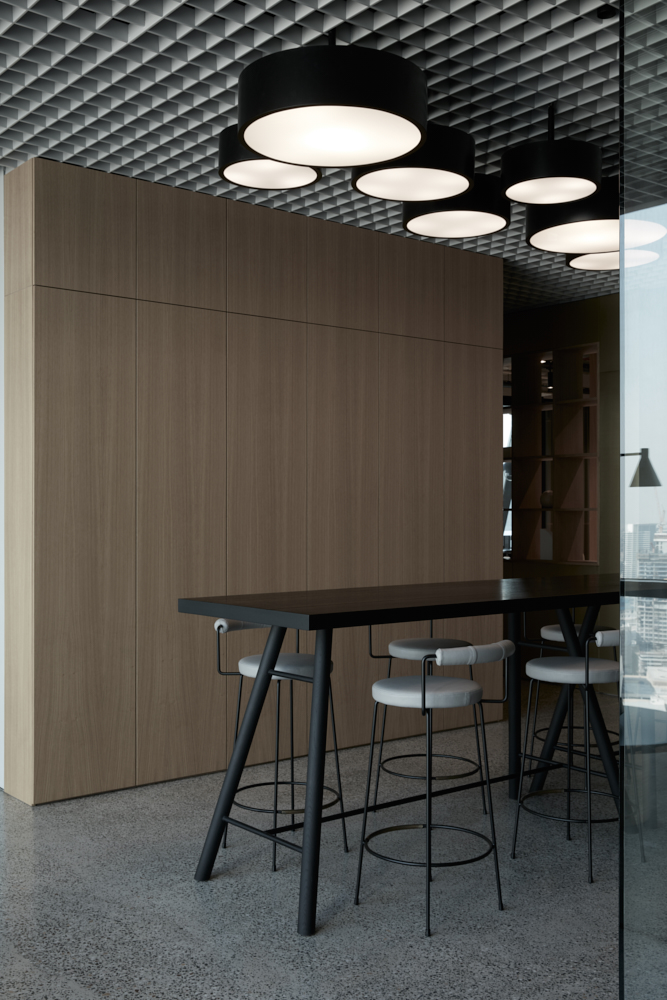 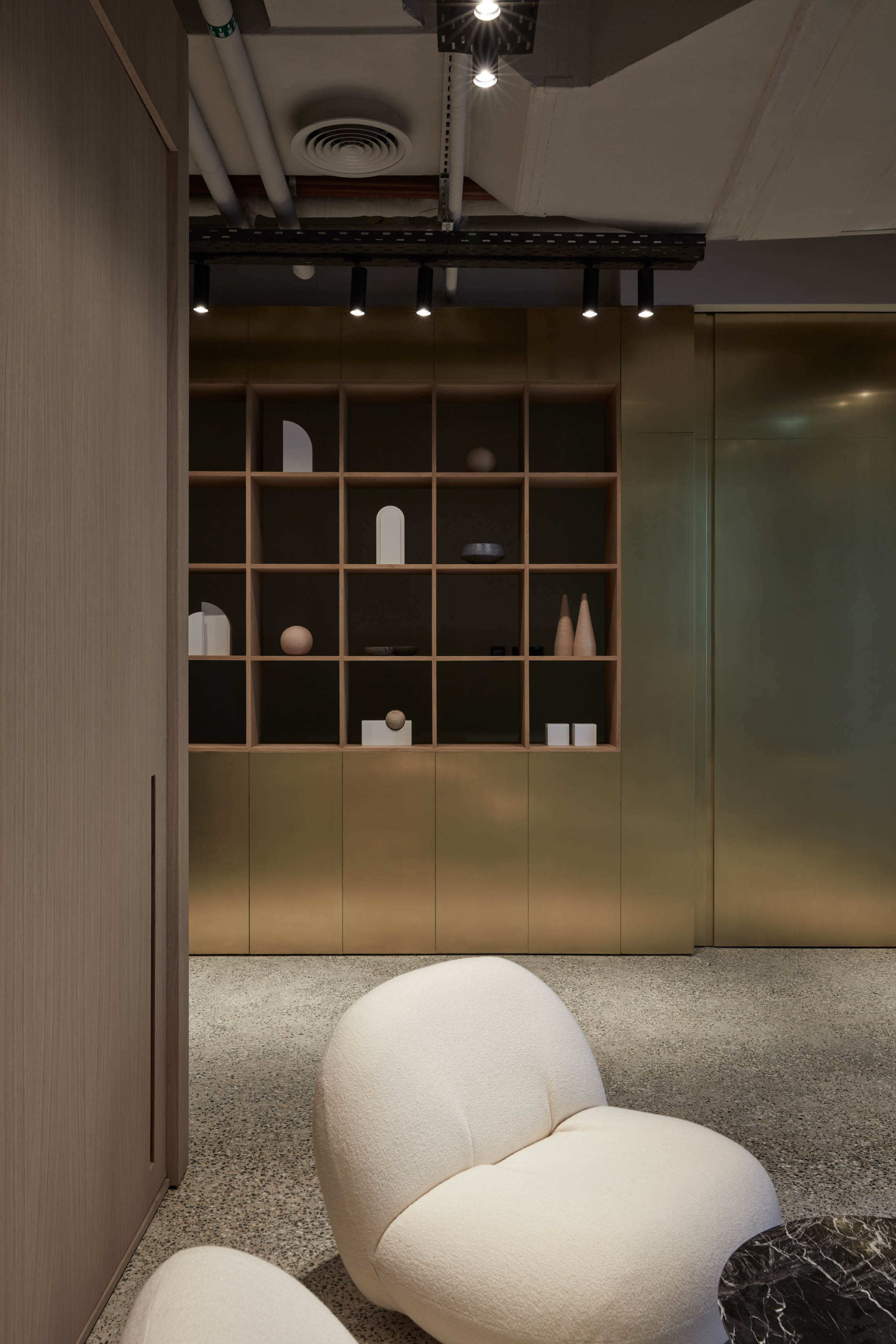 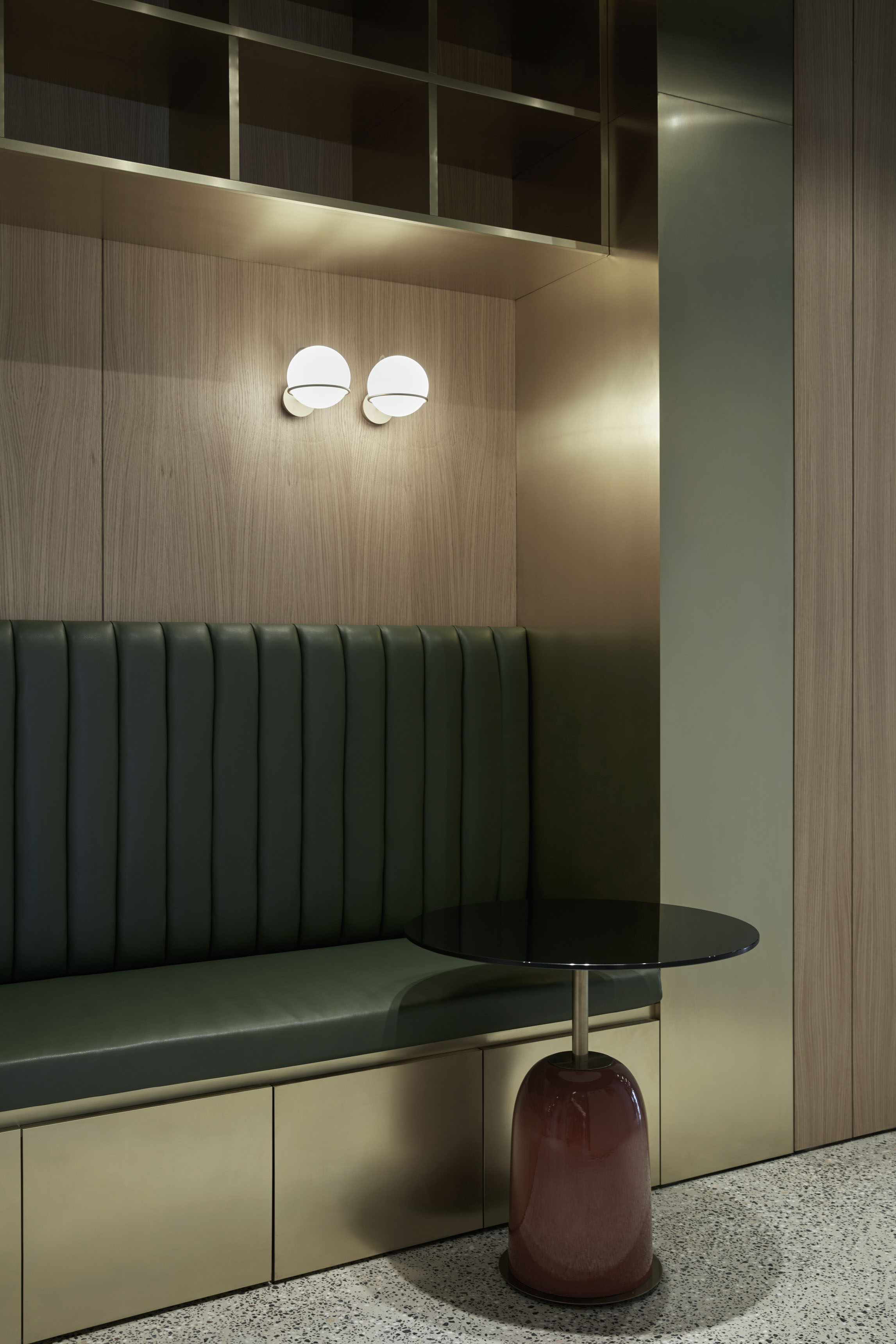 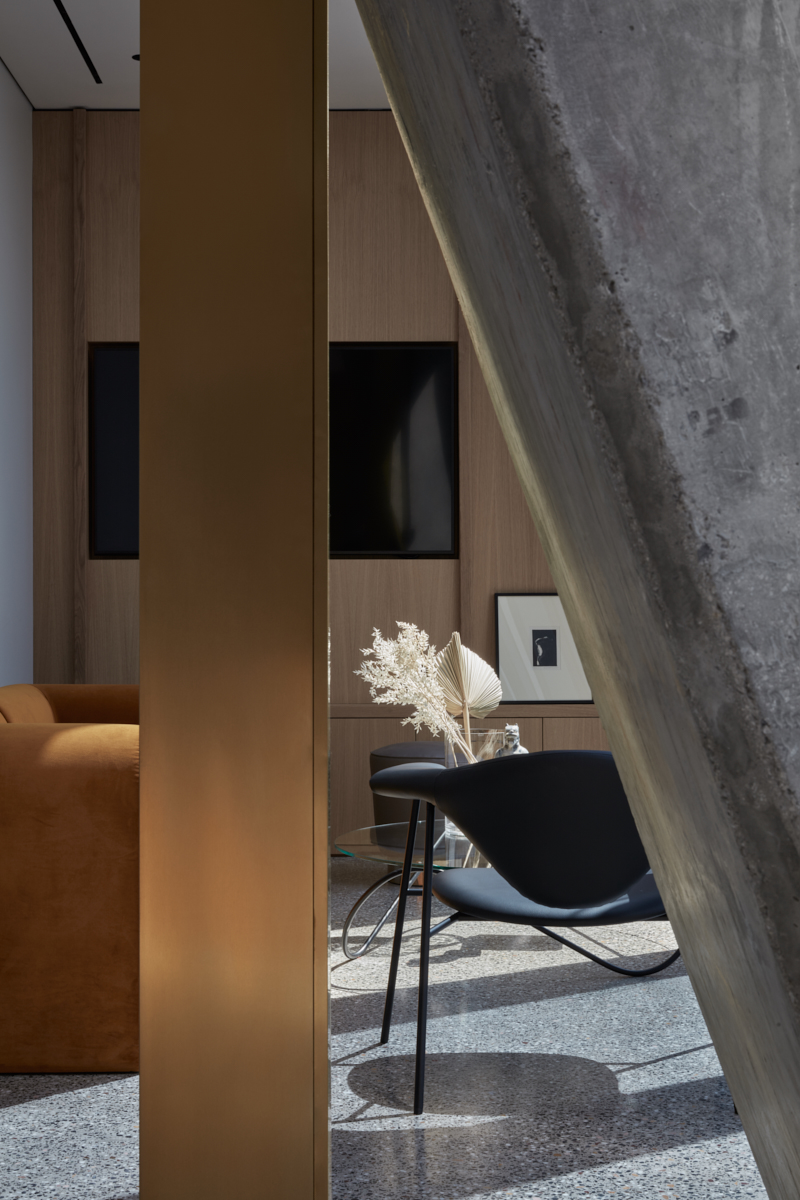 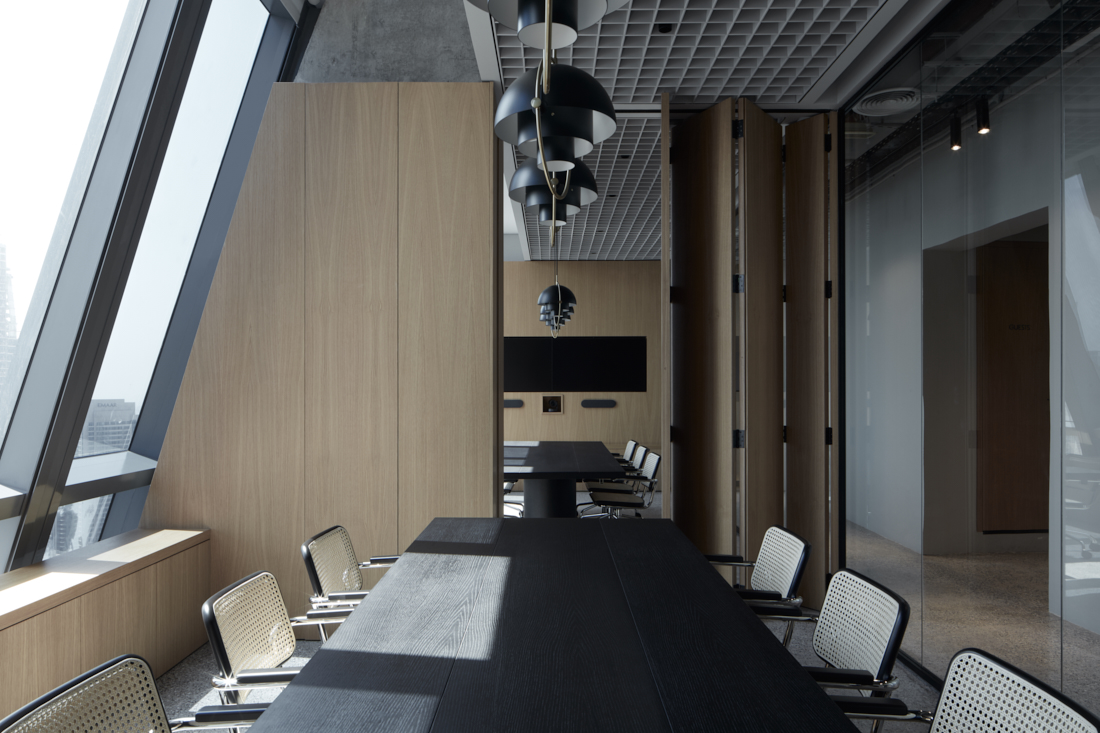 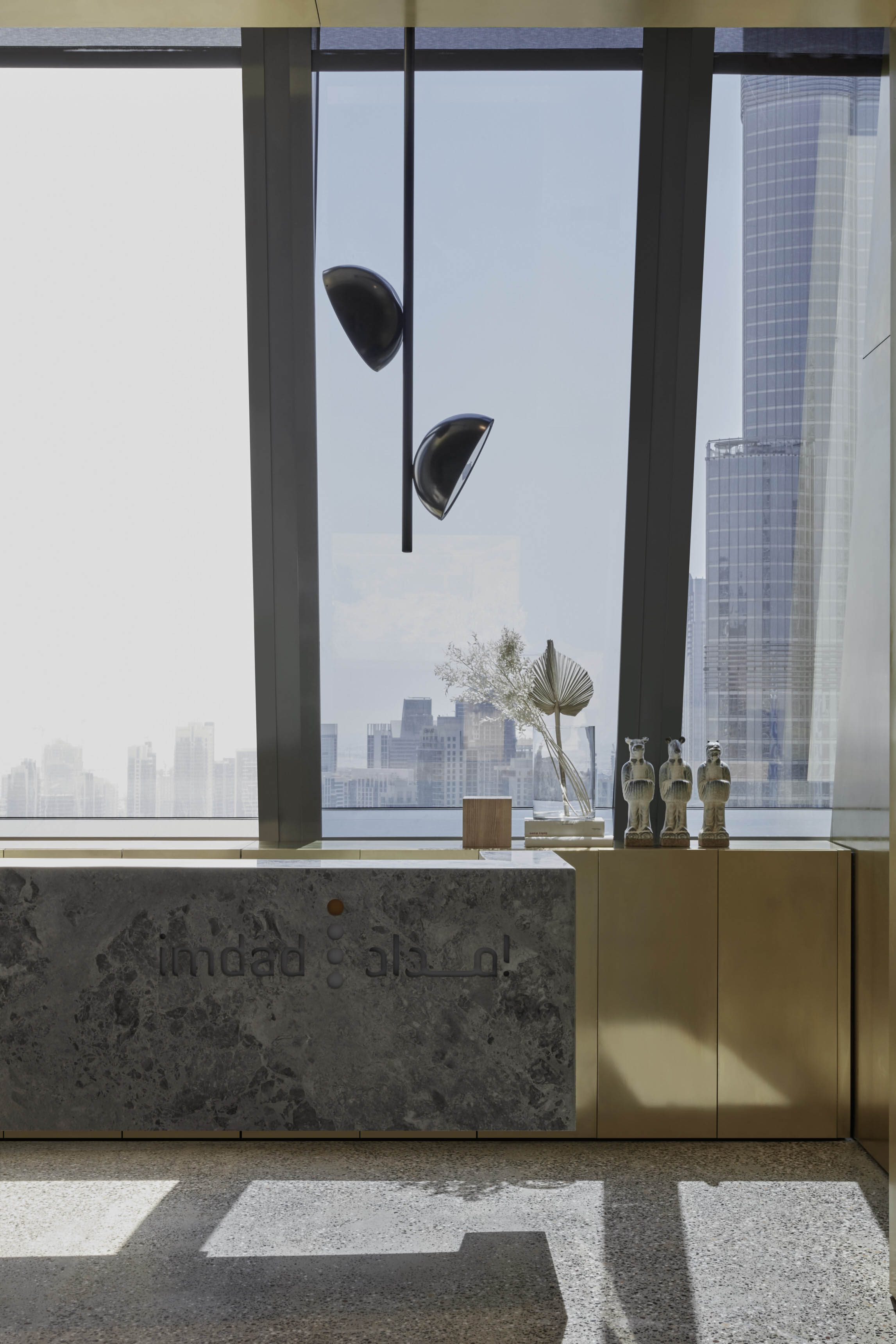 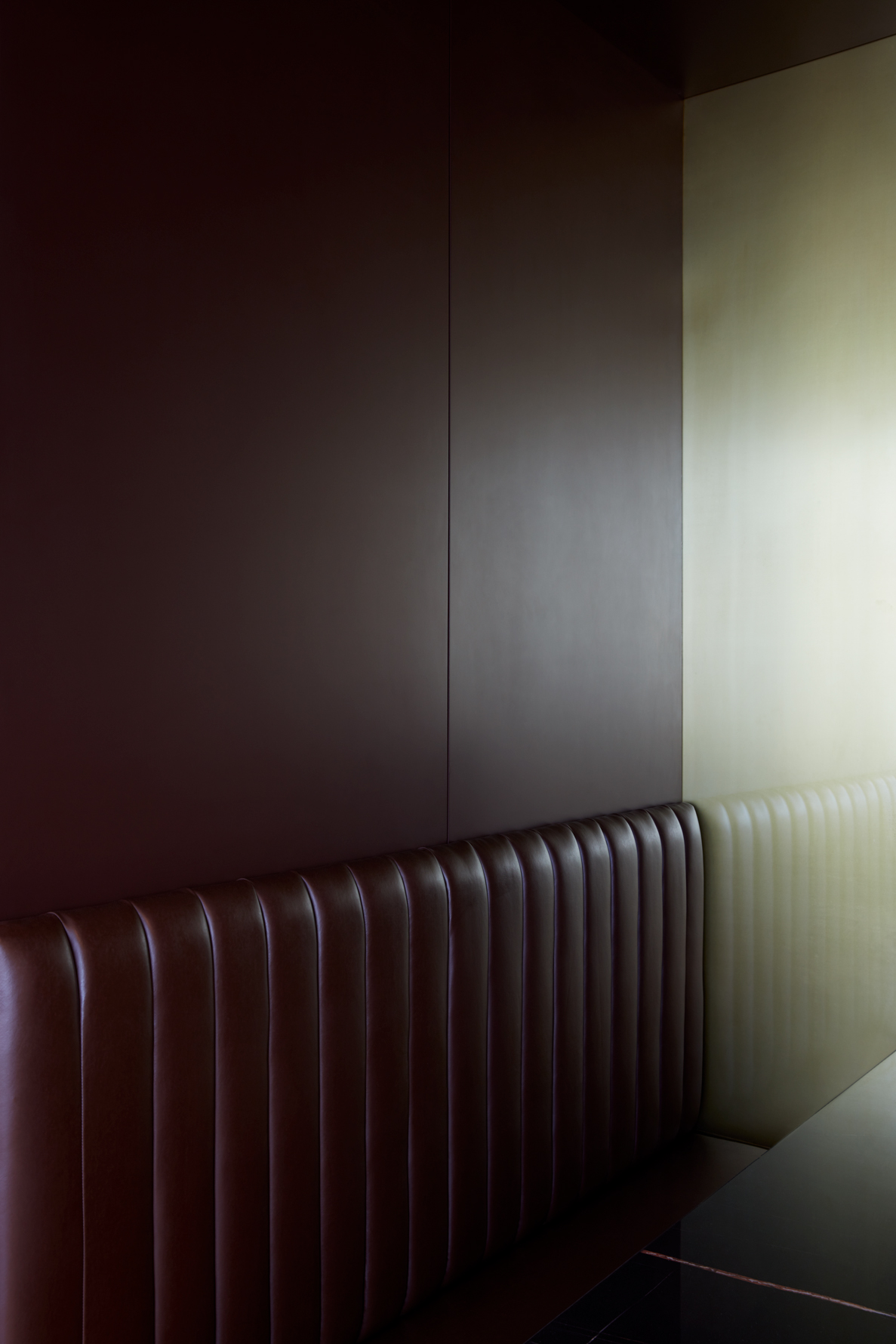 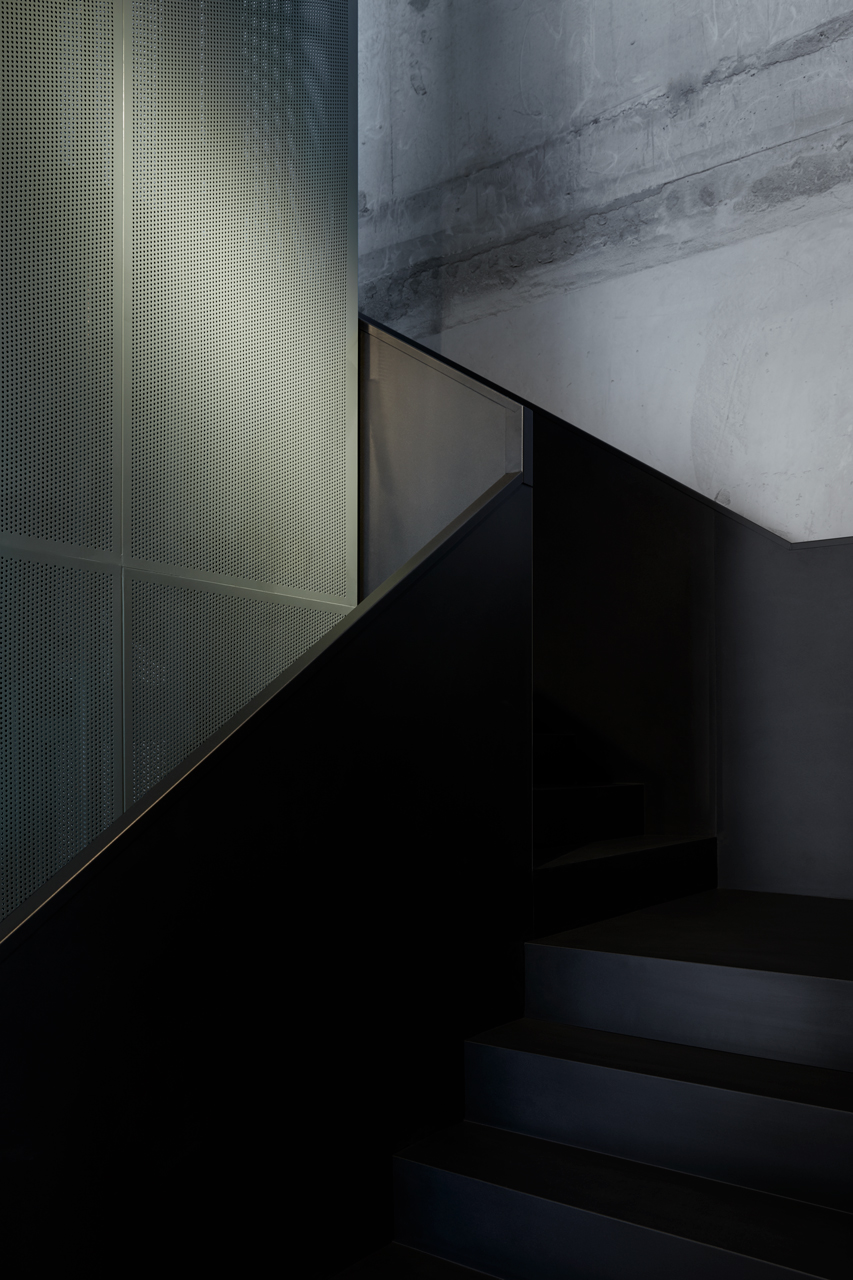 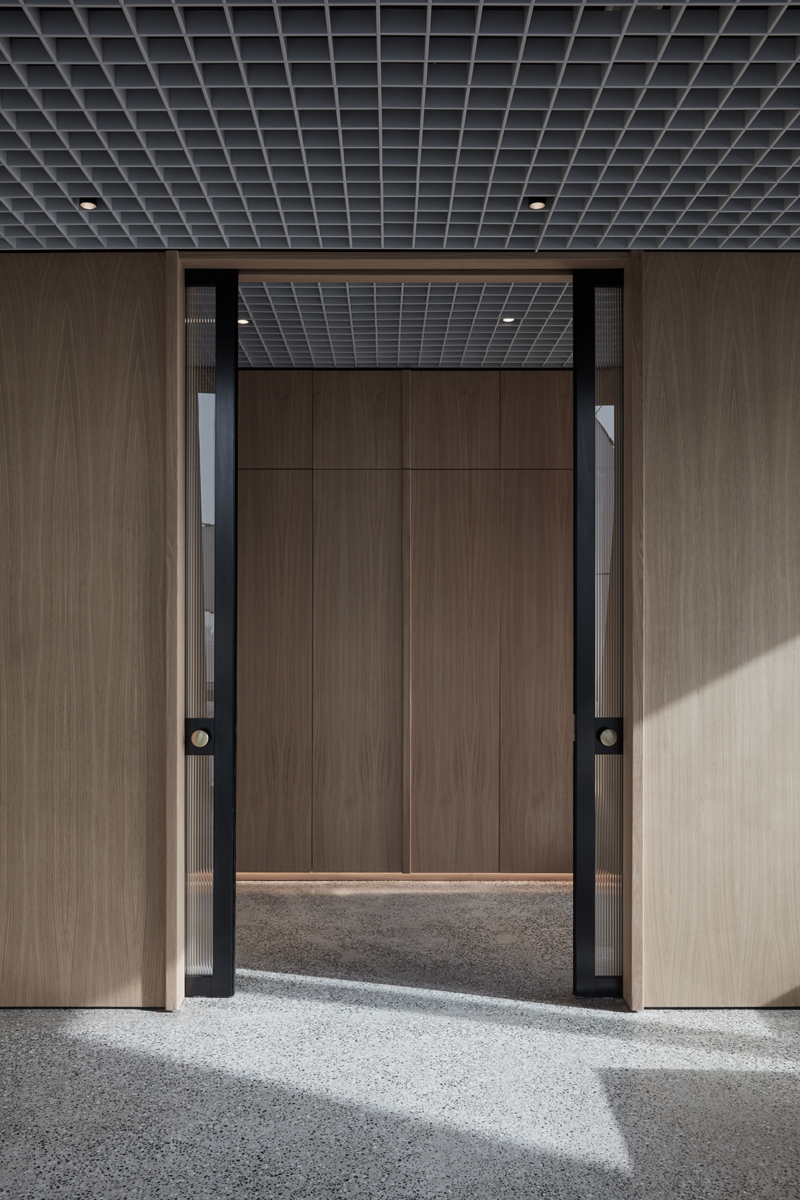 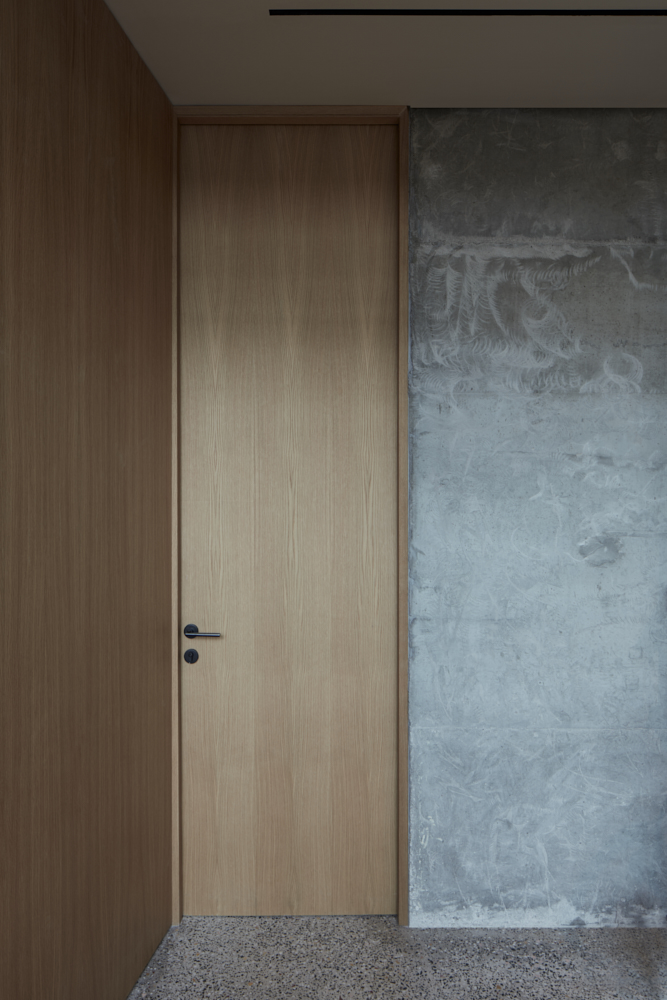 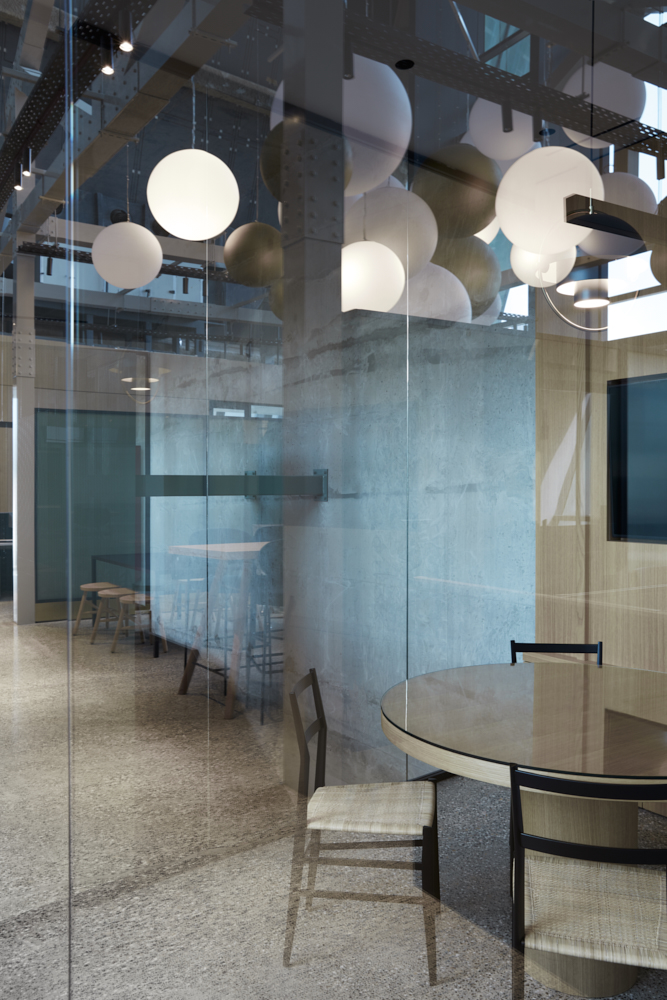 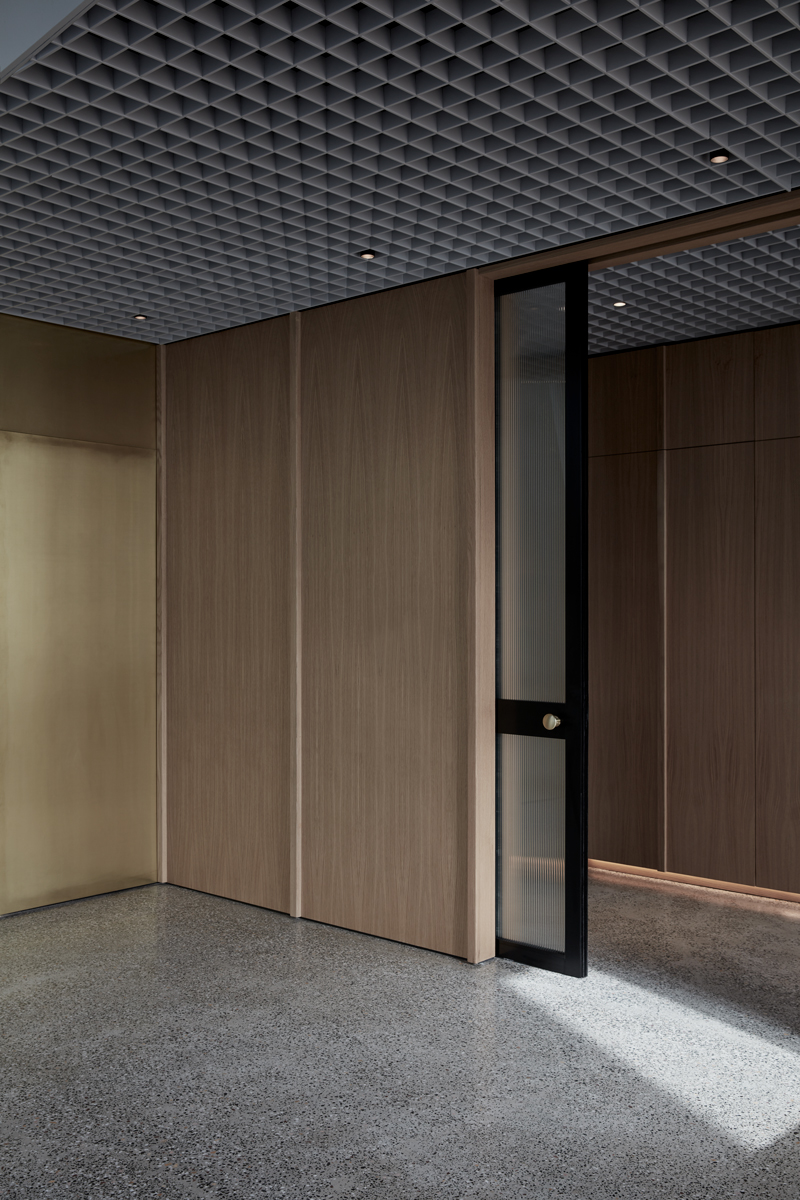 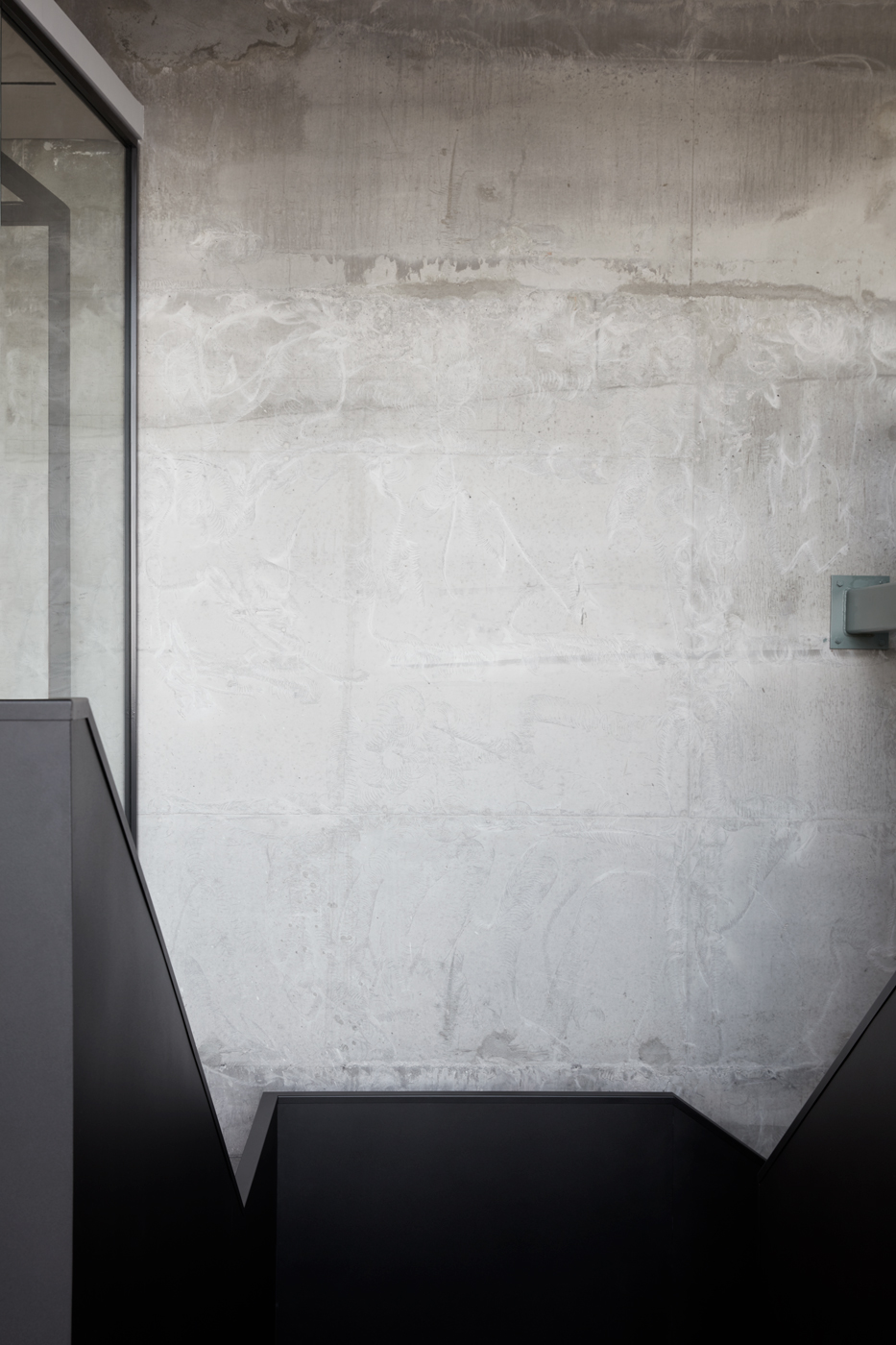 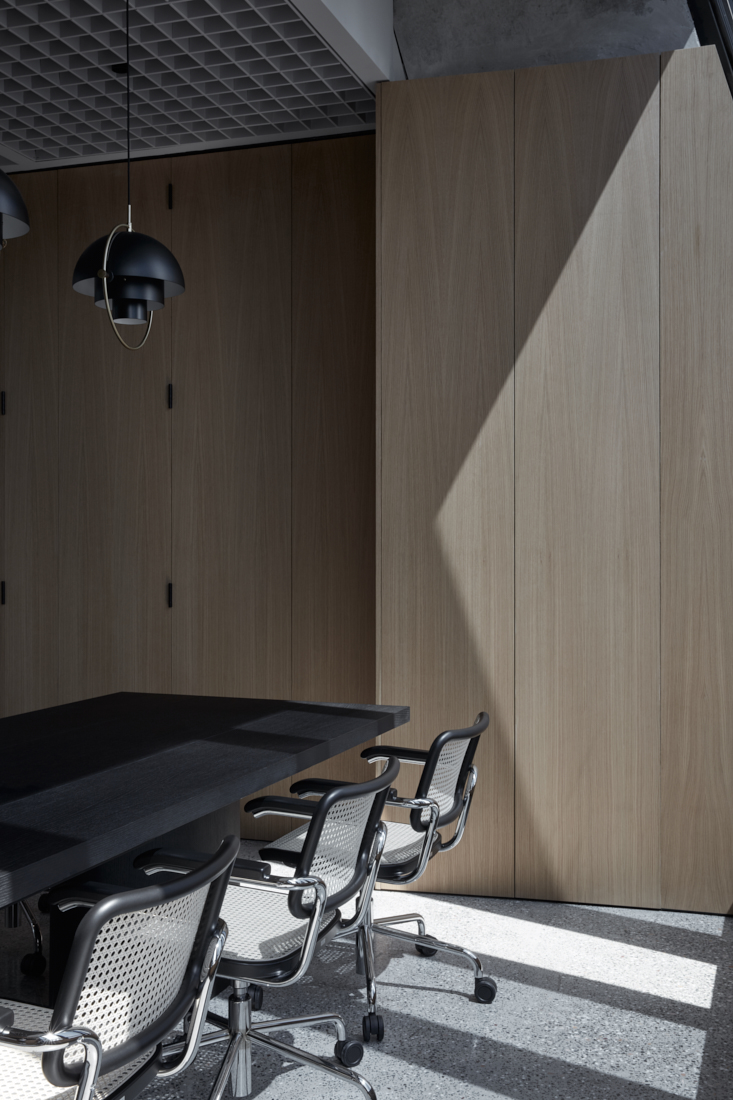 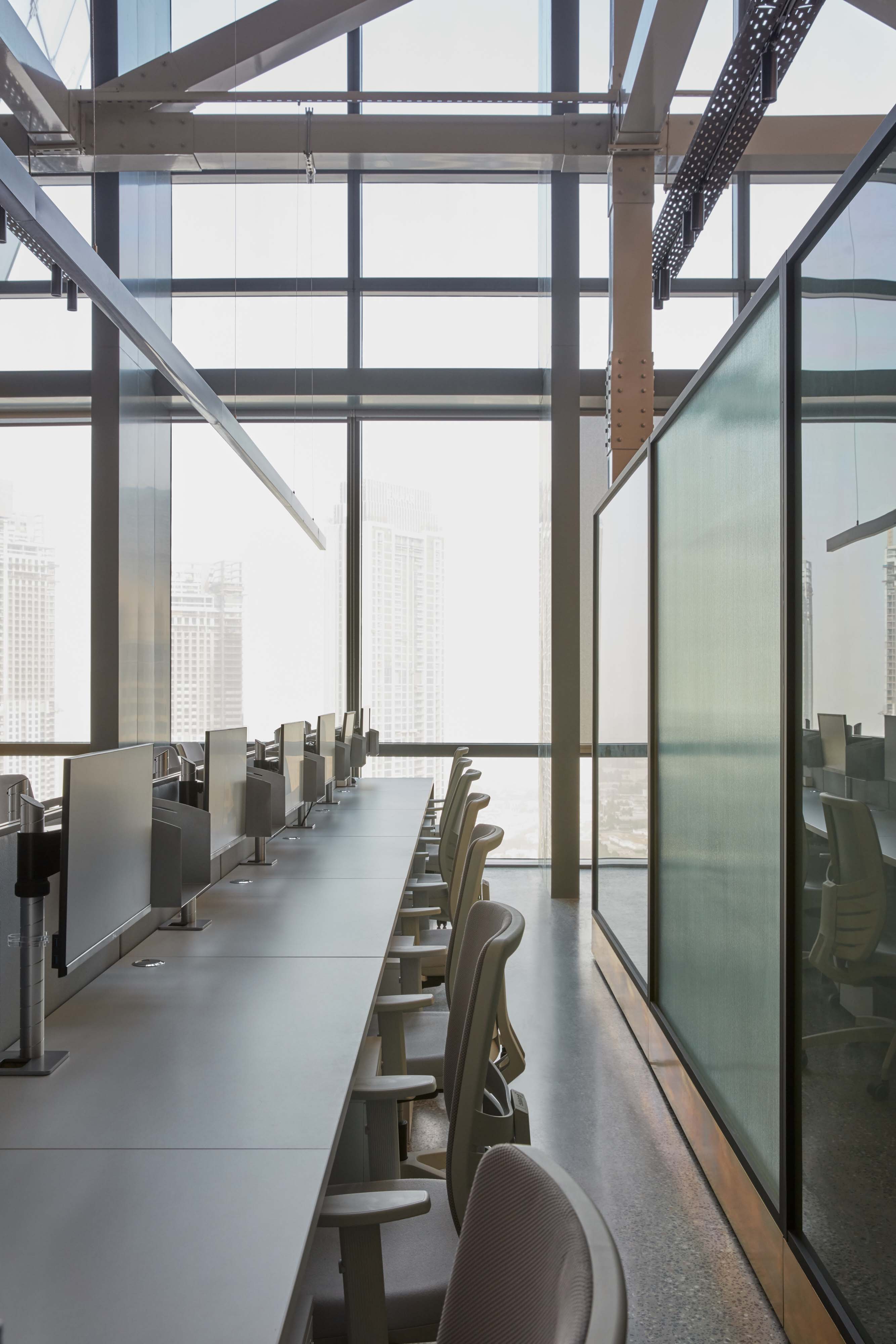 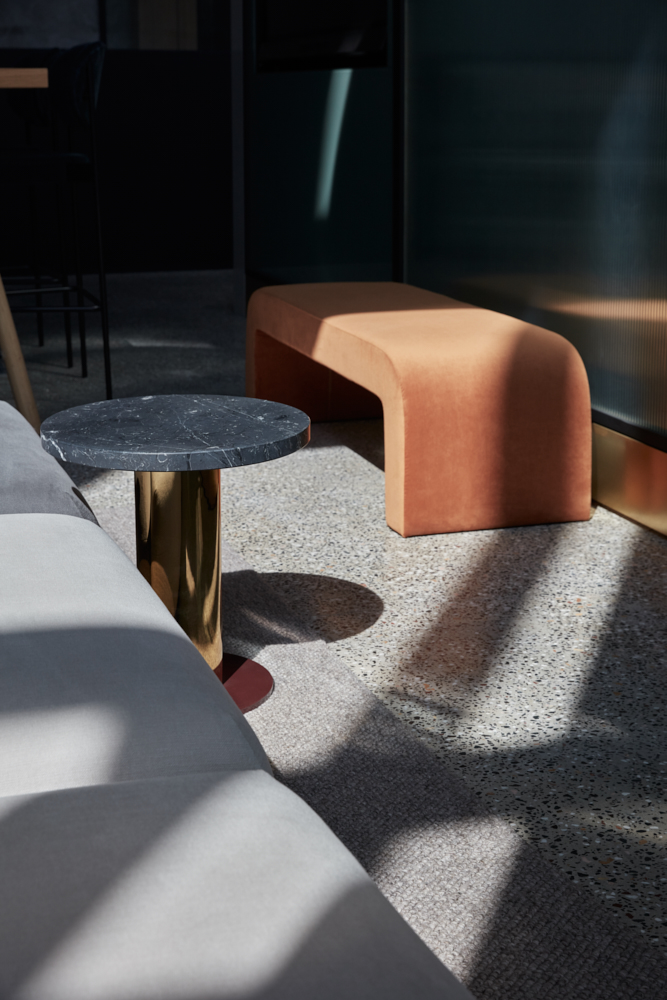 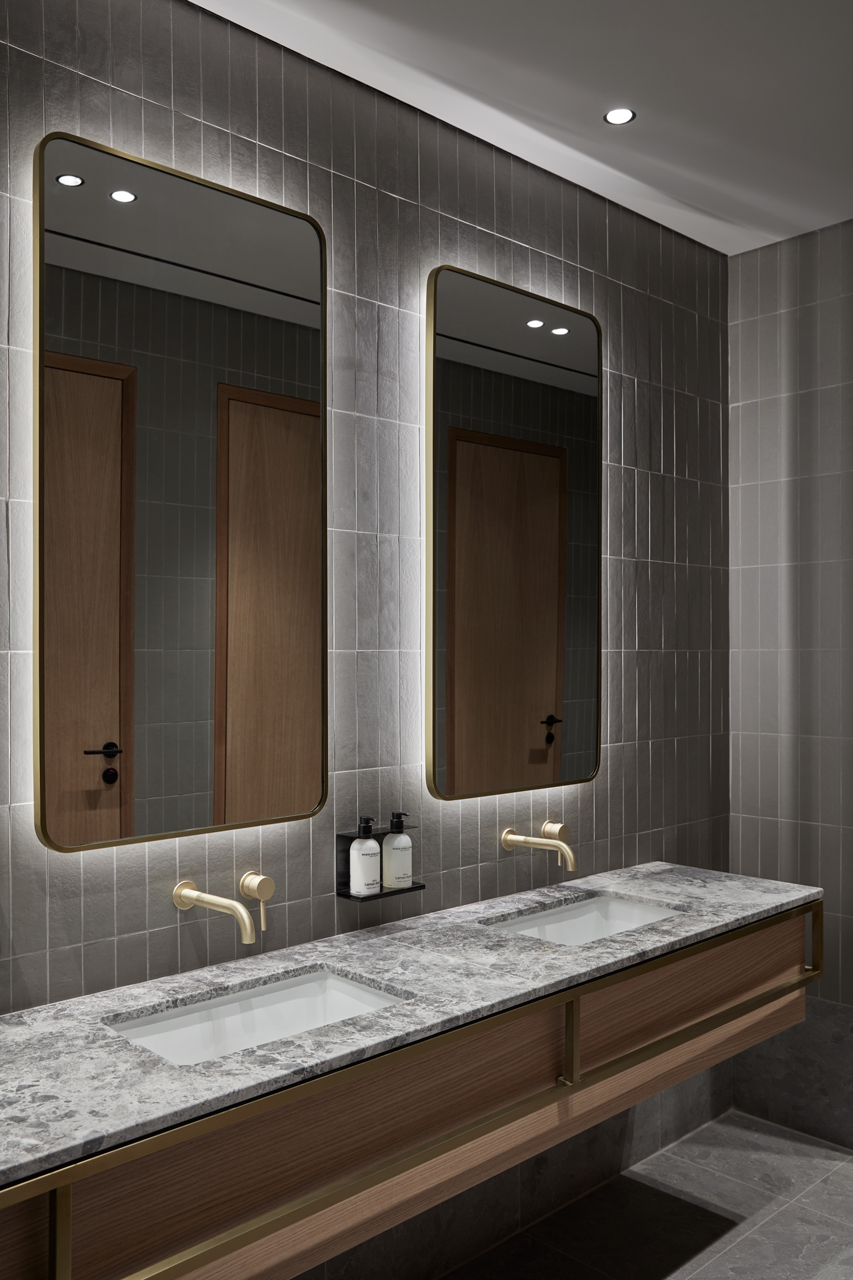 Situated within a 7,000 square-foot penthouse on the top two floors of a building located opposite the Burj Khalifa in Downtown Dubai is the Imdad Corporate office.  The minimalist design makes use of the edifice’s more challenging architectural elements such as its triangular top which the designers felt added more character and depth to the space. The majority of the structural elements of the space were left in their original raw and imperfect state, such as the concrete structural columns and load barring walls. Meanwhile, the slanting columns repeated along the parameter of the space serving as the starting point for the design—VSHD made sure that they remained freestanding with nothing attached. They were then used as sculptural elements to ground the various spaces within the corporate offices. The result is a space tied together through the genuine lines, structure and materials of the original space yet enhanced through renovation, the use of new raw materials and a sense of collaboration and interaction to unite the space.